Breaking from the typical post, many of you will have have heard the news of the passing of Zaha Hadid, a remarkable and inspirational lady to dared to push the boundaries and never let conventions and traditions to get in her way. Forgive me those of you who were expecting your weekly fix of designer shoes, but I simply have to pay tribute to such an incredible lady.

Hadid’s achievements are absolutely remarkable, to become a driving force in one of the most male-dominated industries of architecture. Furthermore to apply that creativity elsewhere in the world of design, she has worked on numerout collaborations and influenced countless designers worldwide with her vision and philosophy.

This is the Heydar Aliyev Cultural Center, in Baku, Azerbaijan. Despite the controversy around Hadid’s acceptance of this commission, it is my favourite of her works. The curves have become definitive of Hadid’s style.
Image by wilth used under Creative Commons License

Having spend much of the 70’s and 80’s out in the cold, it wasn’t until the 1990’s that lead to a series of breakthrough projects such as the Cardiff Bay Opera House, Singapores One-North Masterplan, and the Bergisel Ski Jump put Hadid on the map. Her crowning achievement, the Contemporary Arts Center in Cincinnati, also came in this same period, completed in 2003, she went on to win the Pritzker Prize the following year, meaning Hadid became the first of only three women to have won the prize. She led the reimagination in which concrete was used, from hard Corbusian straight lines, through first the jaggedy broken glass look, to ultimately flowing lines and being crowned “Queen of the Curve.” 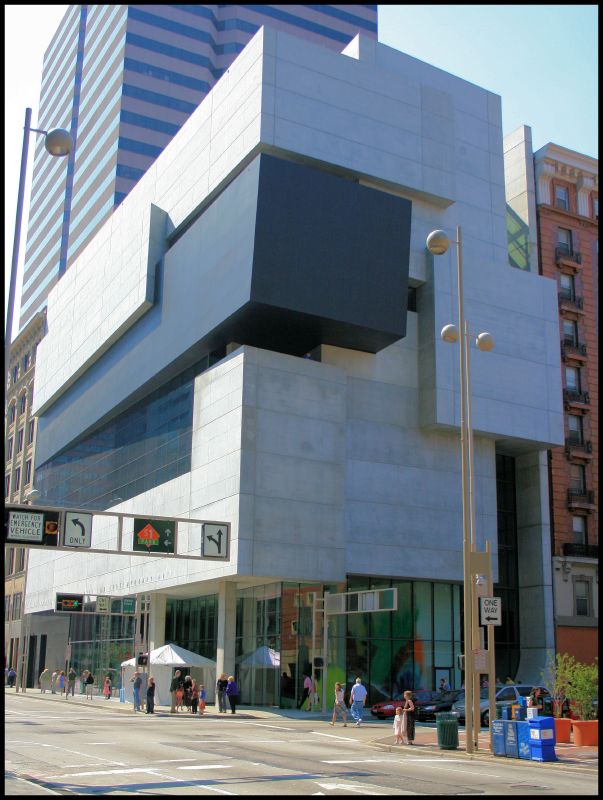 The outside of the Pritzker Prize winning Contemporary Arts Center (CAC) in Cincinatti, it’s clear from the outside this was concieved during Hadid’s sharp phase.
Image by RK & Tina used under Creative Commons License 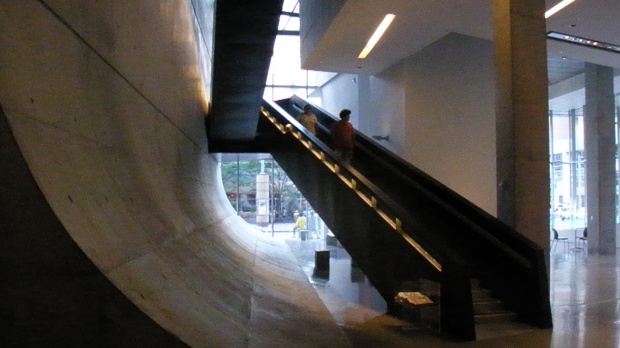 Global fame, and a passion for fashion, in particular shoes, has led her to work on a number of collaborations, including Louis Vuitton, Swarovski and even the Kaiser himself. However my personal favourite is her collaboration with fellow architect turned shoe designer Rem D. Koolhaas and United Nude to produce some of the most beautiful pieces of wearable sculpture. 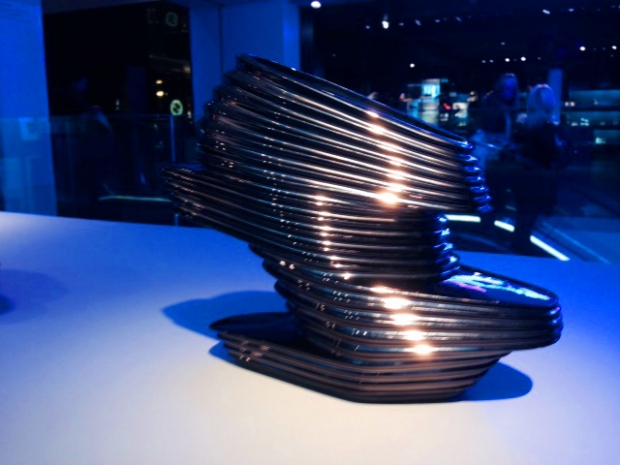 This is one of Hadid’s shoes created in her collaboration with United Nude, I’ve often said that this is something that could be put on a pedastal and appreaciated as a sculpture.
Image by Design Packaging used under Creative Commons License

Beyond her work, Hadid will always be a role model, not just to certain parts of society but everybody, I admire her view that one shouldn’t let anybody tell them no. If your heart is set on something, it’s worth pursuing that goal, Hadid’s visions were huge, and she achieved many of them. As a result Zaha Hadid lived fast, and sadly has been cut down at the prime of her career, however her legacy will live on for many years do come.